Please note that at the moment it is not possible to visit Bunker and Object 17/5001!

The bunker and the surrounding area are not open to the general public. Entering the premises is prohibited and the entrance to the bunker itself is sealed. Here you can find additional information about future possibilities.

The bunker (project number 17/5001) was built between 1978 and 1983 not far from the village of Prenden in the former German Democratic Republic (East Germany) to serve as the command centre for the “National Defence Council (NDC)” - Nationaler Verteidigungsrat (NVR) .

In times of crisis the NDC members would have sought refuge here to exercise control over those elements of the East German armed forces (NVA) not under Soviet command in the Warsaw Pact’s joint forces. From 1971 onwards, Walter Ulbricht’s successor as chairman on the NDC was Erich Honecker . Since he was thus the most important person it the bunker, it has acquired the name of “Honecker Bunker”. 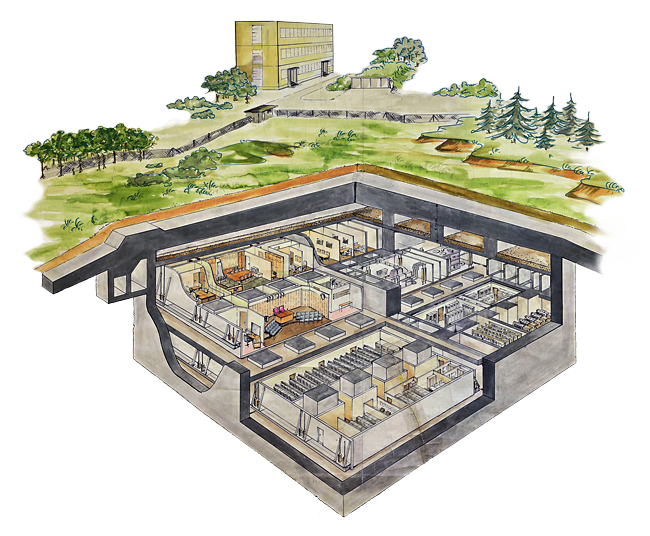 When built, it was considered to be the Warsaw Pact’s best equipped and constructed bunker outside of the Soviet Union. The three-storey bunker took five years to build and consumed 85,000 tonnes of concrete for its ground area of approx. 65 x 50 m. It was constructed on the cut-and-cover principle and despite great efforts to camouflage the contruction site, it was probably detected by Western aerial reconnaissance just because of its enormous size. Due to the large quantities of construction material being delivered to the site, it soon became known in nearby Prenden that “something big” was going on. The general opinion was that a missile site was under construction, rather than one of the NVA’s most important command posts. It was also generally assumed that the NATO and the US military authorities never really knew the true purpose of Bunker 5001 right up until the end of the GDR. However, information is available that details were, in fact, known of its technical capabilities and its wartime function.

The 5001 complex also comprises additional facilities associated with the bunker itself. These include the HQ building, from where a tunnel, some 250 m long, provided direct access to the bunker under normal circumstances, protected garages in the immediate vicinity of the bunker and which housed the specially equipped vehicles which would have permitted travel from the bunker complex in the days immediately following a nuclear strike, and the accommodation barracks for housing the guard personnel, etc. 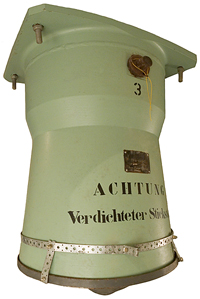 The 5000 series of bunkers include further protected facilities directly associated with the main 5001 site in Prenden. Opinions differ somewhat, but with certainty this refers to the sites 17/5002, 17/5020 and 17/5021. 5020 and 5021 incorporated a protected helicopter site together with a protected remote transmitter site where mobile equipment could have maintained communications links with survivors.

The main bunker, 5001, has now been declared a historical site, primarily due to the unique use of the platforms inside the bunker being suspended from the ceiling with nitrogen containers hanging from cables to suppress excessive movement. Allegedly, there is no other site like this in the world: even though the equipment came from the Soviet Union, it was only ever used here.