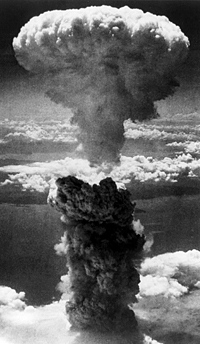 The need for protected command centres had become increasingly apparent since the middle of the 1960’s. The Cuba Crisis had already shown that the Cold War could very quickly become a “hot war”. The initial long warning period of some 30 minutes, arising from the time taken by long-distance weapons to reach their targets, hat shrunk to less than five minutes following the stationing of weapons systems in the immediate vicinity of the enemy. Very little could have been undertaken in the remaining few minutes since there was too little time for a full reaction: the only response would have been to fire back. This led to the comment in those days: “Who fires first, dies second”. This highlighted the dilemma: each side could only hope that the other side would not start firing first. And in order not to lead the enemy into temptation, action was constantly taken to improve the weapons state. The arms race had reached its zenith.

The enemy had to be convinced of the other side’s readiness for war and would thus be deterred from taking action. This included the construction of protected command centres from where war could be waged, even though neither side really wanted to have to use them. Fortunately, this feeling prevailed and the Cold War is a thing of the past.

It is interesting to note that the designated “occupant” of Bunker 5001, Erich Honecker, visited the bunker only once and left after 15 minutes. Apparently, he was troubled by the thought of the situation which would have necessitated his being there.

The first stages in the construction of the bunker started as early as 1971. First, a suitable location had to be found close to Berlin, while the project office Projektierungsbüro Süd (PBS) in Dresden dealt with planning the design. Once the Prenden site had been selected, the ground could be excavated and the area for the barracks complex prepared. Routinely, the barracks would be completed before the actual bunker was constructed, thus ensuring a greater degree of secrecy. This is confirmed by the remains of a similar facility where the barracks have already been completed, whereas the planned bunker had not yet been started.

Excavation of the pit was started in 1976. By this time, the deep well had already been bored. Once the preparatory measures had been completed, work on the actual bunker construction was started in 1978 and lasted some five years, with the official handover taking place on 13 December, 1983. This dates the active period of the bunker, i.e. the period from when it was permanently manned around the clock, initially with only 10 – 20 personnel. These were responsible for maintenance and keeping it operationally ready. At a time of crisis, the NDC could have moved here at short notice. However, apart from the occasional exercise, the daily life here was fortunately relatively peaceful.

With the fall of the Wall in 1989 and the public exposure in 1990 the bunker lost its significance almost overnight. Shortly afterwards, it was taken over by the Bundeswehr, the (West) German armed forces. However, since the presence of the bunker was now public knowledge and was not deemed suitable for the Bundeswehr, it was closed in 1993. Some of the equipment and fittings were removed up until April 1993, some of the larger machines sold (primarily, the five diesel generators) and then the entrance was sealed with a thick concrete wall. The life of the bunker thus came to an end and in 2003 the bunker was declared a historical site, and rightly so.